Fill out the information below and we'll get in touch right away to schedule your demo!

Thanks! We'll send the report to your inbox as soon as it's ready!
Oops! Something went wrong while submitting the form.

Now, more than ever, employers, and restaurants and hospitality businesses in particular, must stay abreast of the ever-changing minimum wage laws across the country. There has been a flurry of activity at both the state and local level to increase the minimum wage. To avoid expensive wage and hour individual and class actions, as well as other legal risks, employers must ensure compliance with all applicable wage laws.

California and New York are just two examples of jurisdictions with complex minimum wage structures. Illinois, Maryland, New Mexico, and Washington are all grappling with divergent increasing statewide and local minimum wage increases in 2018 as well.

And the increases will not stop in 2018. Many states and localities are steadily increasing their minimum wage to reach $15.00/hour within the next several years. Restaurant and hospitality business owners must continue to monitor the ever-changing minimum wage landscape in the coming years in order to remain compliant with all applicable wage and hour laws and stay clear of wage-and-hour-related litigation risk.

Enter your email to download your free food cost calculator

Check your inbox to confirm your subscription!
Oops! Something went wrong while submitting the form.

Get Your Copy Of The Seafood Report

Enter your email to and we'll send you a copy of the report.

Check your inbox to get your copy!
Something went wrong while entering your email. Try again!
Published on

This blog was written by a friend of BlueCart.
View All Posts 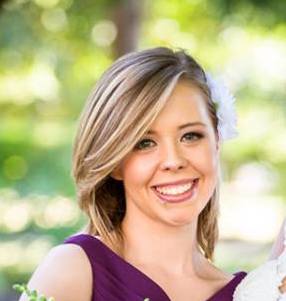 Order from any of your suppliers on the web or right from your phone. Get push notifications for cut-off's and order statuses.

Manage and archive your inventory levels right from your phone or computer. Place orders instantly and easily when you're running low.

Check in your deliveries as soon as the truck arrives and instantly update your suppliers on any mistakes or damaged items.

Accept online & mobile ordering to all of your customers and personalize products and pricing for each. Know exactly when they go inactive.

Increase your sales by promoting weekly specials that are advertised to your buyers through an email and the BlueCart platform.

BlueCart is a web and mobile wholesale procurement platform built to streamline and modernize the process for buyers and sellers while increasing profitability.