Fill out the information below and we'll get in touch right away to schedule your demo!

Thanks! We'll send the report to your inbox as soon as it's ready!
Oops! Something went wrong while submitting the form.

The Role Of Insects In Our Diet 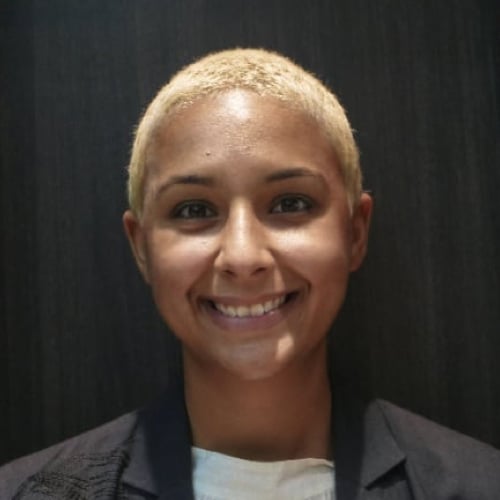 If you still think Eating Insects is "ew", there is another way you can be food conscious and sustainable without having to put any 6-legged critters in your own mouth. We just need the Food and Sustainable Agriculture Enthusiasts community to push for its manifestation into reality. The food trend is slowly gaining traction among YouTubers, backpackers, and Anthony Bourdain fans/Chef’s Table fans/Self-Proclaimed “Food Enthusiasts” or “Foodies”. Here's why

For more than 2 billion people in the world, insects are a regular source of protein in their diet. Most omnivorous mammals, birds, and fish feed on insect species in the wild -- so why are the domesticated versions of those animals not eating insects anymore? Until only recent decades, it did not dawn upon the scientific community that we would encounter a scarcity of arable land. Literatures such as Michael Pollan’s Omnivore’s Dilemma and documentaries like Cowspiracy (backed by Leonardo DiCaprio) awakened the masses to the grim future of food cultivation if drastic changes are not implemented with great urgency. One of those changes most definitely involves adapting to new consumption habits and sources of animal protein.

The lamentable lack of connection to food that is diffused throughout communities of all demographics in the Western World seems to have made us forget something: animals need protein, too. The majority of omnivorous domesticated farm animals are being fed conventional animal feeds for efficiency and scalability purposes. The most common components found in commercially produced livestock feedstuffs include: cereals and soy (among the most subsidized crops in the US).

The cereals contribute to the need for protein but at the cost of 70% of the world’s production potential. The documentary Cowspiracy has made many people aware of this enormity thus encouraging its audience to adapt plant-based diets. The domestication of animals in conjunction with plants have always had a symbiotic relationship -- animals are excellent converters of protein and maintain the nutrient cycle for soil. As developing countries continue to accrue wealth, the palate for animal protein also tends to increase, unfortunately this is a reality the Western World must consider.

The world will not be going vegan anytime soon. So in the meantime, how can we improve the world’s animal protein consumption habits and prevent it from further jeopardizing the planet? Well, one solution might be to stop cultivating billions of tonnes of grains, soy, and corn for chicken and fish feed alone and replace most of it with insect proteins from vertically-stacked units of insect species such as Black-Soldier flies -- a species that can convert compost and food-waste into solid and palatable protein. The result, in theory, could be a self-system in which 3 food-related issues are tackled simultaneously: a drastic decrease in land use for feedstuffs, a solution for local food waste, and the reintroduction of insects to the diets of chicken and fish.

I completed an animal feed project in Ethiopia and have toured poultry production facilities in various contexts and one observation I've made in all facilities is that several chickens are usually missing feathers due to pecking from their peers. Occasionally, I have also observed chickens eating their own eggs. These behaviors are usually indicators of a lack of protein in the chicken’s diet. Chickens much prefer to munch on whole insects as opposed to powdered feed.

Much of the feed tends to be wasted because chickens like to dig for their food (instinctually, they are searching for bugs and other food items in the dirt) and as a result of excessive pecking, much food flies out of the designated feeders into areas where the chickens will not access (assuming they are in cages). Several small-scale chicken farmers regard insects as “prime chicken food”, it is just a matter of producing it at a large scale and making the transition a priority in the livestock sector.

It’s more plausible Westerners will open up to eating animals that were raised on insects before introducing insect-derived proteins into their own diets. Right now, Agriprotein, the only big-ish player in the game is backed by Bill Gates and based in South Africa. In many EU countries, many farm animals are already being fed insect meal thanks to EU-funded project PROteINSECT and now efforts are going into shifting the human-consumer tastes. Mealworm pasta is quickly becoming a grocery shelf staple for the younger generations in France.

Although Canada’s food regulation policies are just as slow to change as they are in the US, it has the largest commercial cricket producing facility in North America (Entomo Farms) as well as two black solider-fly larvae startups in Vancouver, BC. US markets are the last ones to jump on the entomophagy (the term for consuming insects as a food source, be it human or non-human) bandwagon but it’s about time we start! There are millions of insect species we have not tasted or tried to commercially cultivate - insects could very well be an important group of players to reversing many of the negative effects of industrial agriculture and ultimately, climate change.

Enter your email to download your free food cost calculator

Check your inbox to confirm your subscription!
Oops! Something went wrong while submitting the form.

Naomi is an iOS developer, food and agriculture enthusiast, globe trotter, and entomophagist.
View All Posts

Order from any of your suppliers on the web or right from your phone. Get push notifications for cut-off's and order statuses.

Manage and archive your inventory levels right from your phone or computer. Place orders instantly and easily when you're running low.

Check in your deliveries as soon as the truck arrives and instantly update your suppliers on any mistakes or damaged items.

Accept online & mobile ordering to all of your customers and personalize products and pricing for each. Know exactly when they go inactive.

Increase your sales by promoting weekly specials that are advertised to your buyers through an email and the BlueCart platform.

BlueCart is an award-winning, easy-to-use, order management platform that simplifies the ordering, fulfillment, and payment processing for wholesale food distributors and buyers.